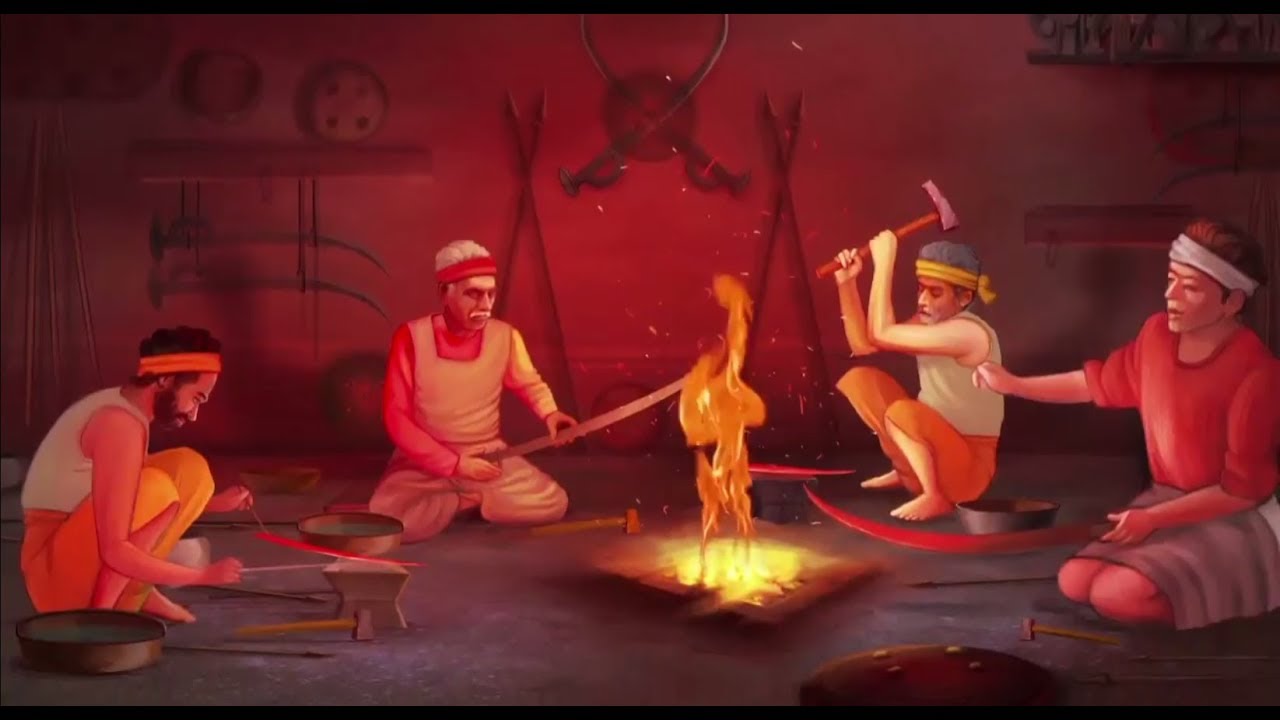 Amazing India: The making of iron and steel was another specialty of this country. The Indian “Wootz Steel” was famous all over the world for thousands of years.

When Alexander the Great came to India and was defeated by King Pururava or Porus of Sindh, Alexander asked Wootz steel as gift from India and not gold or silver.

The Indian steel sword was so popular world over that when the Arabs chopped off someone’s head with a sword, they would call it Jawabe Hind meaning “the answer from an Indian blade”.

Every year, more than 10,000 ingots of this Wootz Steel were exported from the Coromandel Coast to Persia and Iran. From there, it was sold to Europe. Until 1821 CE, this fuelled the large appetite for steel, at the dawn of the Industrial Revolution of Europe
The archived records of The Dutch East India Company tell us that, “between the year 1670 and 1681, in an eleven year period, about 1,50,000 pounds of steel was exported from Masulipatnam Port of the Coromandel Coast in Andhra to the Dutch ports in the Batavia region of Netherlands.”
The Dutch had even created a regular shipping route from China and Japan in the East, to Indonesia in the South East, to the Coromandal Coast in India, also to the Persian ports along the Red Sea, connecting back to their own Dutch ports in Europe.

The British wanted control over the huge production and trade demand of steel along with other major produces. They strategically gained a firm hold over administration in India, and crushed all the trades of India, including the Kammari trade of making Wootz Steel.

Disclaimer: “The opinions expressed in this video are of those of the author and not necessarily those of The Art of Living.”