How Animal Crossing Became a Warmer Reflection of 2020 – Adweek 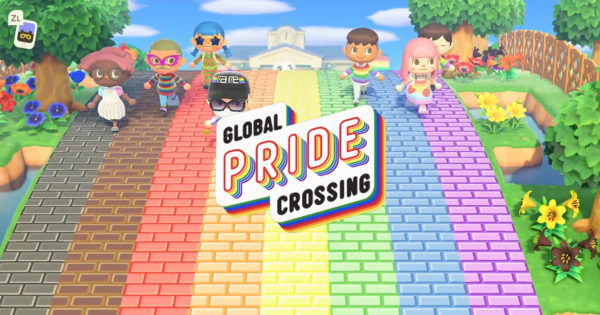 As protests against police brutality stretched into Pride Month amid an ongoing pandemic, the confluence has brought about important conversations around intersectionality, racial injustice and the importance of human empathy.

These swirling forces of social change have also worked their way into Animal Crossing: New Horizons, the Nintendo Switch game that launched just as the pandemic reached America. Initially, the game provided a quaint escape from the anxiety of quarantine. But as the pandemic era has dragged on for months, real-world movements and issues have found a home in the tropical pixels of the game.

Now Pride groups are also organizing within the game to create a safe space for LGBTQ people to celebrate Pride Month on the anniversary of the Stonewall riots.

Created pro bono by We Are Social Singapore and Swipe Back, #GlobalPrideCrossing on June 27 will welcome marginalized people and allies to a new kind of Pride festival.

“Pride is an incredibly important moment in the calendar for LGBTI+ people, as it offers the community a chance to freely express their identity in a very public way,” said Andrew Baker, co-president of InterPride. “However, we all knew that this year’s Pride celebrations were never going to be the same, with communities all over the world still in various stages of lockdown. So when We Are Social Singapore approached us with the idea to create a virtual space, using a platform already popular within the LGBTI+ community, where people could safely come together to express and celebrate their identities—we jumped at the chance.”

How reality seeped into Animal Crossing

As brands grappled with how to position themselves during this crisis, Animal Crossing became a popular option. The sandbox nature of the game allowed creativity to flourish. Wendy’s fired back up the company’s Twitch channel, changed outfits to match the logo and caught fish for three hours. Twitch chat loved it.

Other brands created entire activations within the game. Good Company Tea, a cannabis infused tea startup, partnered with an Animal Crossing fashion account run by photographer Kara Chung to hold a virtual tea party. Held on 4/20, an informal holiday for cannabis lovers, Good Company Tea helped Chung set up her island for a tea-inspired walk through.

“Animal Crossing allows for brands to be able to interact with consumers in ways that feel like part of their daily routine,” said Thanh Nguyen, co-founder of Good Company Tea. “It’s a simulation of your life contextualized in a whimsical way. If used with the right intention, it’s a great platform for brand extension.”