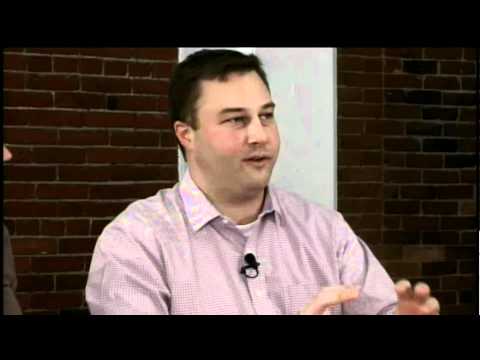 Episode #193 – March 23rd, 2012
Intro
How to interact on Twtter: Include #MktgUp in your tweet!
On the show today is Karen Rubin (@KarenRubin) and Mike Volpe (@MVolpe)
As always, all the old episodes are in iTunes. If you like the show, please leave a 5-star review!
Anyone is welcome to come by the show to watch as part of the live studio audience – 4pm Friday
Headlines
Gawker’s New Content Strategy

Each day of the week, a different staff writer will be forced to break their usual routine and offer up posts they feel would garner the most traffic. While that writer struggles to find dancing cat videos and Burger King bathroom fights or any other post they feel will add those precious, precious new eyeballs, the rest of the staff will spend time on more substantive stories they may have neglected due to the rigors of scouring the internet each day to hit some imaginary quota.
On their assigned pageview-duty days, Gawker writers produced a cumulative 72 posts ? about 14 posts per writer per day. On their off-duty days ? and remember, each had four off days for every ?on? day ? the same writers cumulatively produced 34, or about 1.3 posts per writer per day.
The Top Nine Videos Of Babies Farting And/Or Laughing With Kittens(17,757)
Here Is the Best Video of Chinese Soldiers Playing ?Hot Potato? With a Live Grenade You Will Ever See (34,134)
Penguin Shits on Senate Floor (15,570)
Those 72 pageview-duty posts produced a combined 3,956,977 pageviews (as of the days I captured data, Friday 3/9 and Monday 3/12), a mean of 54,958 pageviews per post.
The 34 off-duty posts produced 2,037,263 pageviews, a mean of 59,920 pageviews per post.
Pageview-duty posts that week attracted 703,476 new visitors (people who viewed a post that had never visited Gawker before, or at least who didn?t have a cookie set). That?s 9,770 per post. Off-duty posts attracted 289,996 new visitors altogether, or 8,529 per post.
Marketing Takeaway: Use data to drive marketing improvements.
Post Rapture Business Oppotunities
http://www.usatoday.com/news/religion/story/2012-03-12/harold-camping-rapture-pets/53501580/1
Harold Camping, a Christian radio broadcaster, predicted the rapture on May 21st 2011
His prediction was that Jesus Christ would return to Earth, the righteous would fly up to heaven, and that there would follow five months of fire, brimstone and plagues on Earth, with millions of people dying each day, culminating on October 21, 2011 with the end of the world.
Camping’s original pronouncement made some Rapture-ready Christians decide it was time to make arrangements for Fido and Fluffy when their owners were swept up into glory.
In 2009, Bart Center started booking atheist “rescuers” across the country to recover feathered and four-legged friends who got left behind.
By the end of 2010, he had 170 clients. But once people started talking about Camping’s prophecy, “then we started to see an uptick in business,” he said.
With demand on the rise, Centre did what any smart businessman would do ? he raised his rates, to $135 per pet for a 10-year coverage plan. If someone had a second pet, the additional fee rose to $20.
In the first quarter of 2011, business jumped 150% from the same time in 2010. In April and May ? as the end-of-the-world date approached quickly ? the jump was 200 percent, he said.
“Now the next thing we’re gearing up for is this Mayan calendar end times, which we still believe is going to bring us some substantial business,” Centre said, referring to some interpretations of an ancient Mayan calendar that the world will end in late 2012.
http://www.usatoday.com/news/religion/story/2012-03-21/rapture-pet-rescue-business-hoax/53691320/1
The owner of a business who claimed he would provide atheist rescuers for Christians’ pets left behind in the Rapture now says his service was an elaborate hoax and never had any clients.
Bart Centre, who lives in New Hampshire, came clean after the state Insurance Department delivered a subpoena because he appeared to be engaged in “unauthorized business of insurance” through his Eternal Earth-Bound Pets business.
Asked Wednesday why he had announced the service in the first place, Centre said he considered it a “social experiment.”
“How much do believers really buy into this?” he said he wondered. “How committed are they to their pets? How much do they trust atheists?”
Centre said just two Rapture believers ? rather than his previously claimed 267 clients ? contacted him to sign up for his service. He said he told them he didn’t have a rescuer close enough to their area to make a commitment.
Ma